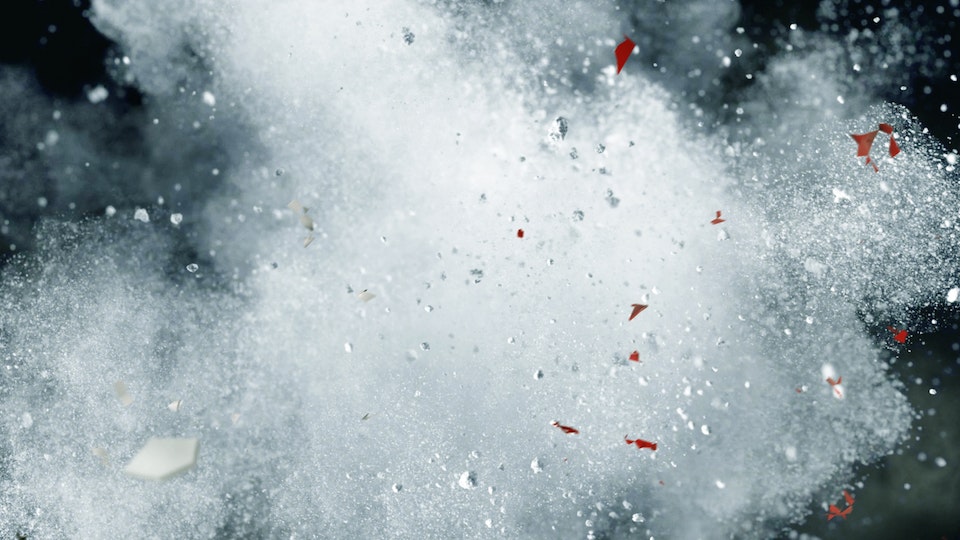 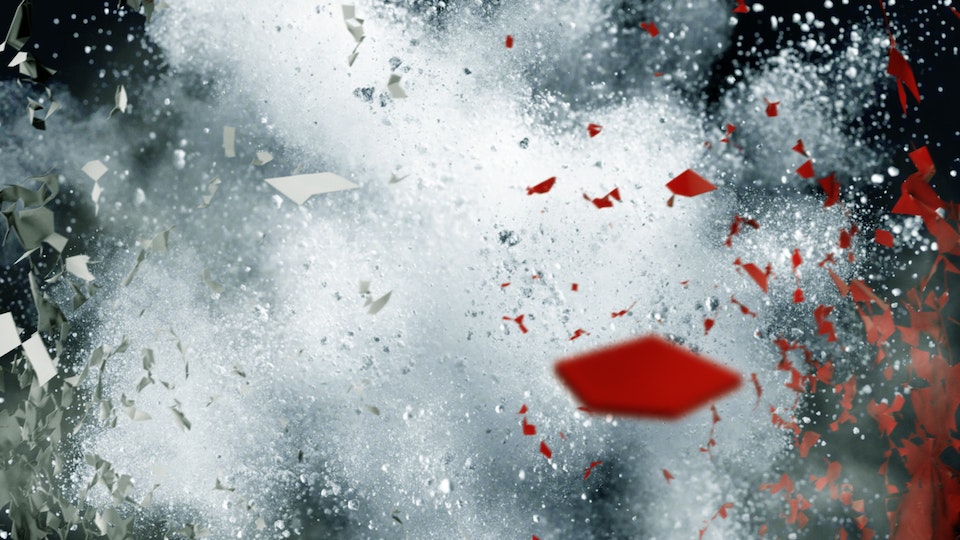 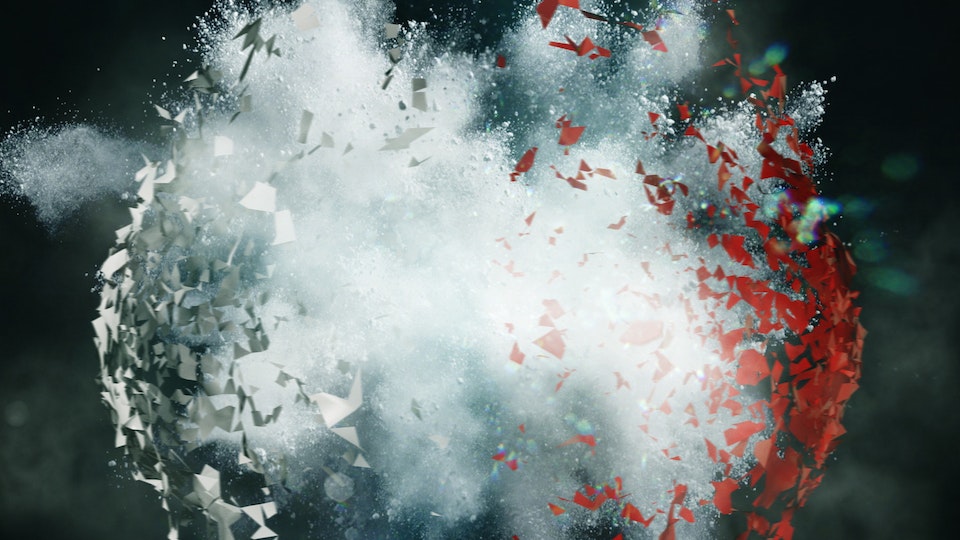 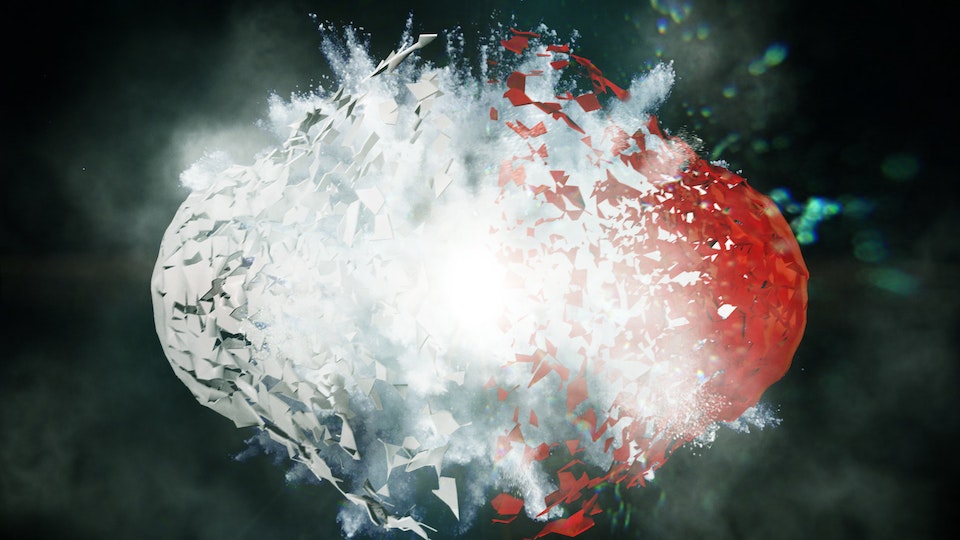 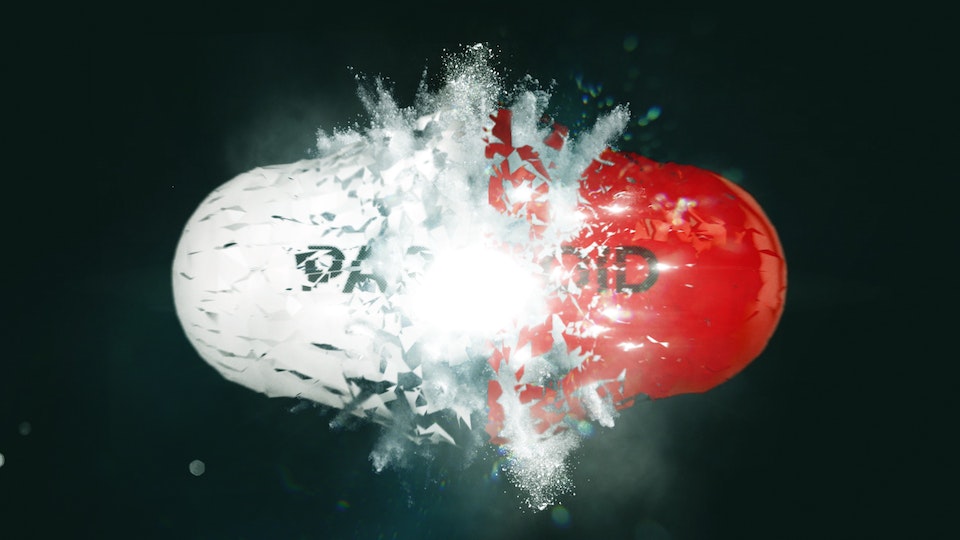 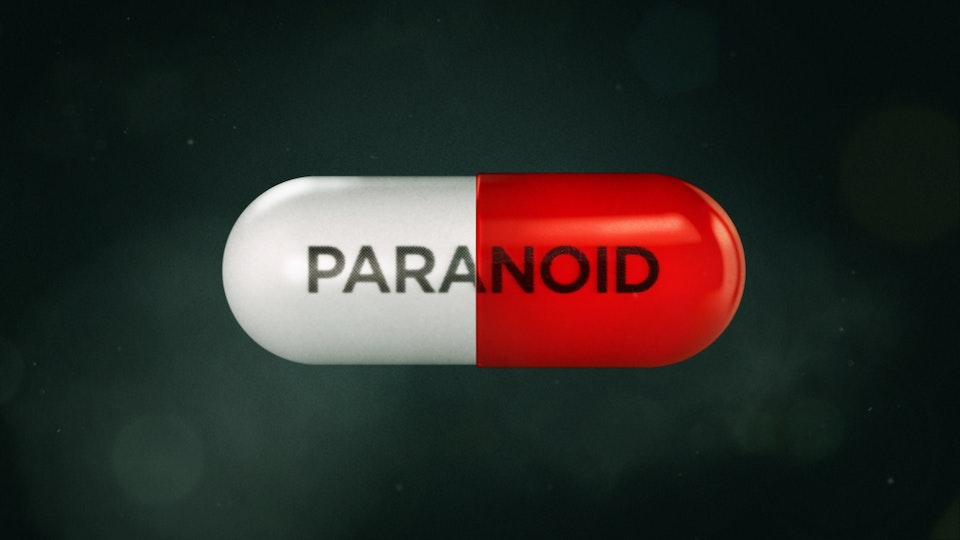 Concept style frames for Paranoid, an ITV conspiracy thriller that tells the story of a female GP who is murdered in a rural children's playground with an abundance of eyewitnesses.

A group of detectives embark on what seems to be a straightforward murder investigation, but as they delve deeper into the case they are quickly drawn into the twists and turns of an ever-darkening mystery, which takes them unexpectedly across Europe.

We begin the sequence engulfed in a fog of mysterious, slow moving powder dust particles. Shattered fragments, moving with the fog, slowly tumble from behind camera, being drawn towards a point in space in the centre of the frame. As the sequence develops we become aware that we are seeing an explosion in reverse, but it is only in the very final stages, as the exploded parts reform, is it revealed what the object is - a pill, suspended in the space of a dark void. The violence and chaos of the explosion is forcibly contained, followed by a silent stillness that brims with tension.

This is a singular, metaphorical approach that subtly suggests the context and themes that run throughout Paranoid - conspiracy, concealment, mystery - all building to a concluding reveal.